Munchkin is a fast-paced, easy card game by American game designer Steve Jackson that parodies tabletop RPGs like Dungeons and Dragons. While it’s definitely not the right game for lovers of complex strategy board games, if you can buy into its light-hearted, silly concept, it can be a great way to spend an hour or two. It’s the perfect card game to break out when your DM is off with a cold, or still working on their next campaign.

Munchkin’s rules and premise are extremely simple. The aim is to kick down doors, fight monsters, take their treasure, and level up. And because you want to do this the fastest, Munchkin games contain all sorts of ways to mess with your mates. You’re not meant to take it too seriously, something that becomes very obvious after a quick skim of the rules booklet, which recommends that any disputes should be settled through ‘loud arguments’.

Munchkin was ridiculously successful when it launched in 2001, despite having its fair share of critics. These days it’s used that success to branch out in all directions, with numerous expansions and variants. There are now approximately a bazillion different Munchkin games.

Munchkin games come in all shapes and sizes. There are spin-offs parodying pretty much every genre under the sun, and a plethora of tie-ins. There’s a Munchkin version of everything from Batman to Rick and Morty, and even a Munchkin board game. With so much choice, finding the best Munchkin edition is no mean feat. That’s where we come in.

These are the best Munchkin games 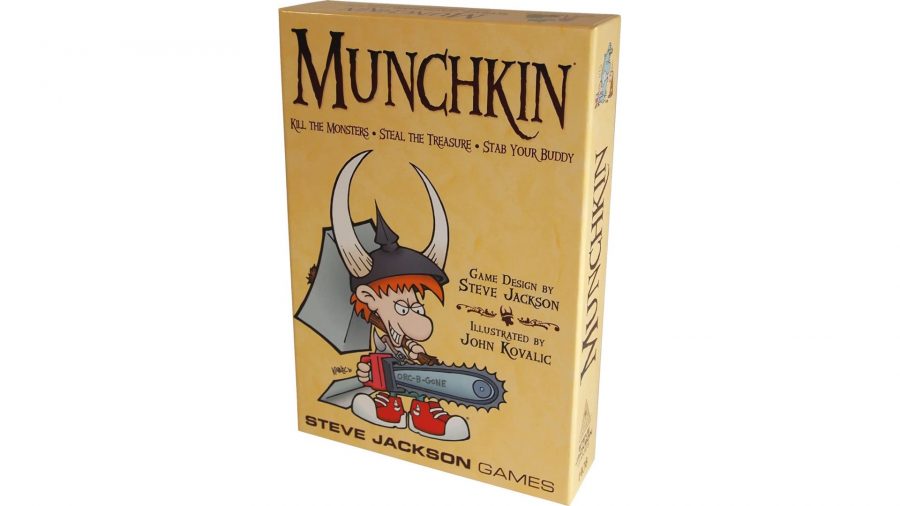 We’ve really got to kick things off with the original version of Munchkin, the game that started it all. Filled with punny equipment like the Really Important Title and ridiculous monsters like Gazebo, the only reason you might want to skip the classic version of Munchkin is if you know literally nothing about D&D. There are also nine whole expansions that slot seamlessly into the base game, which should keep you busy for a good long while.

Crawl before you can walk: How to play Dungeons and Dragons

Fun fact: Did you know that the name Munchkin comes from tabletop RPGs, stemming from a term used to describe powergamers, who care about nothing except finessing their character builds to be as powerful as possible? 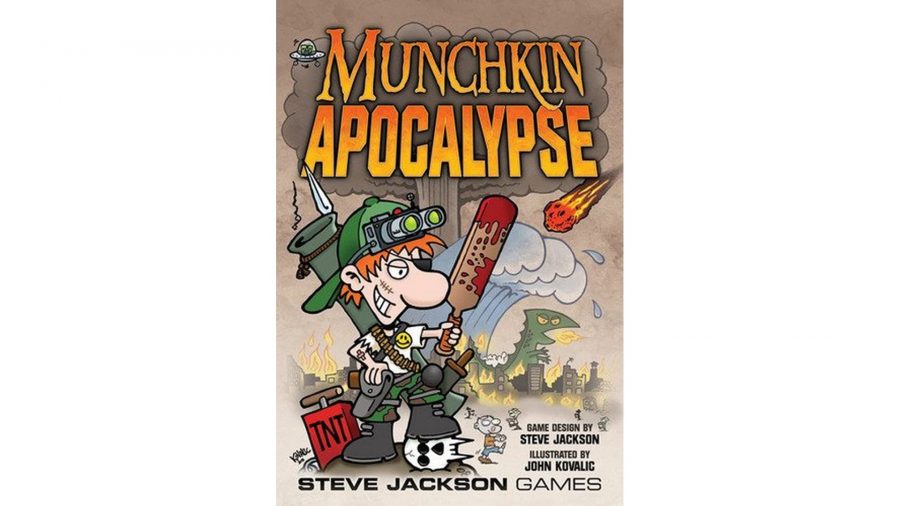 Once you’re finished in fantasy land, Munchkin Apocalypse is one of the best Munchkin games to try out next. Because ‘end of the world’ is quite a loose theme, this edition has an interesting mishmash of different monsters and equipment, and its jokes seem more consistently funny than lesser versions of the game.

Disaster cards replace curses, but otherwise the gameplay remains much the same in Munchkin Apocalypse (a common theme across all Munchkin editions). It’s the theme that really sells this one. You can be armed with a bazooka or an ‘end is nigh’ sign and face anything from scary angels to elder gods to an economic crash. 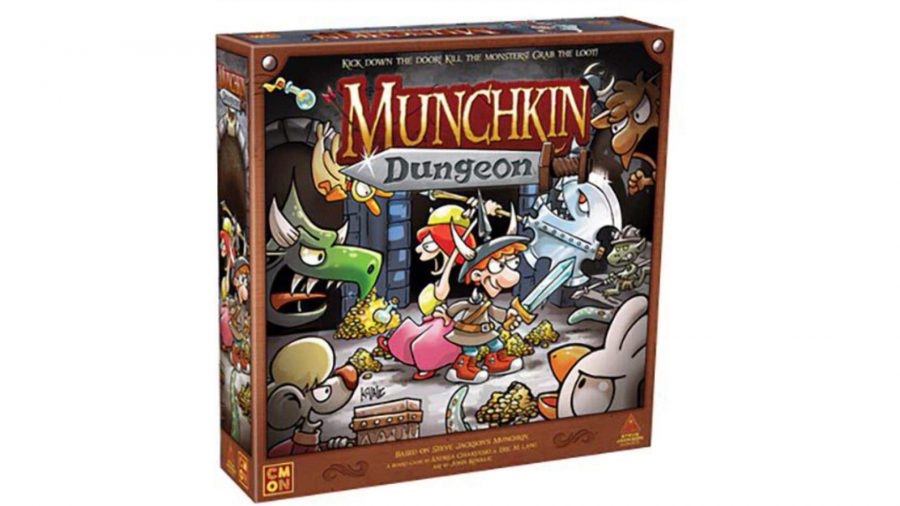 Card games? Bah, who needs ’em? If you’ve tried a few different versions of Munchkin already, and are seeking something a bit different, Munchkin Dungeon is the place to look. This Munchkin board game keeps the premise much the same, but expands it out into a dungeon crawling game, where you actually have to traverse various rooms to fight foes and come out on top.

Enter the dungeon: The best DnD board games

It also has miniatures to paint, 3D recreations of the typical munchkin artstyle showing the characters and many of the monsters they’ll be fighting. Some of the mechanics will be familiar, but there’s a new dice-based combat system and a push-your-luck element to the game. Overall, Munchkin Dungeon has a bit more depth and a lot of extra content to enjoy. 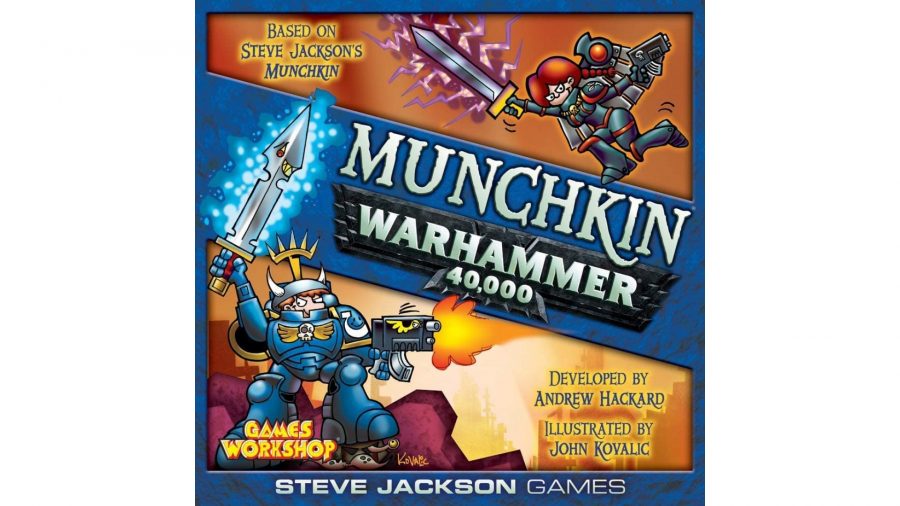 Maybe we’re biased, picking the Warhammer 40k version of Munchkin for this list, but there’s something about Warhammer that makes it perfect for this kind of parody. The grim super seriousness of the 40k universe makes this typically Munchkin send-up work all the better. It’s why this game’s humour works so well, whereas variants like Munchkin Spongebob fall a bit flat.

In this Munchkin game, Warhammer 40k factions replace D&D classes. The jokes and references are decent, with cards like Unpainted and As seen in White Dwarf. But what really shines in this variant is the artwork. 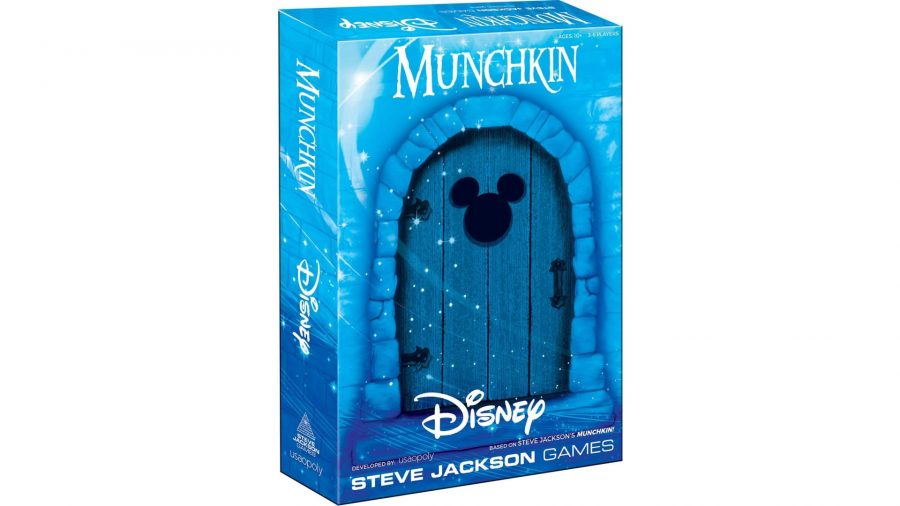 With a mash-up of Disney heroes to fight alongside and villains to defeat, equipment such as the glass slippers, and curses like poisoned apples, it’s not hard to work out if Munchkin Disney is for you or not.

This is probably one of the best Munchkin games for kids, not just because it’s full of Disney characters, but also because many of the jokes in the base Munchkin games are a bit obscure, and some will probably fly over the heads of younger children. This one is less humorous in general however. Though you can turn monsters into llamas and gain bonuses by humming Disney tunes, for the most part it’s not a parody of Disney’s oeuvre, but a mashup.

This is one of the few Munchkin games that doesn’t feature the cartoon artwork of John Kovalic. Instead, Munchkin Disney rips its pics right from the movies.