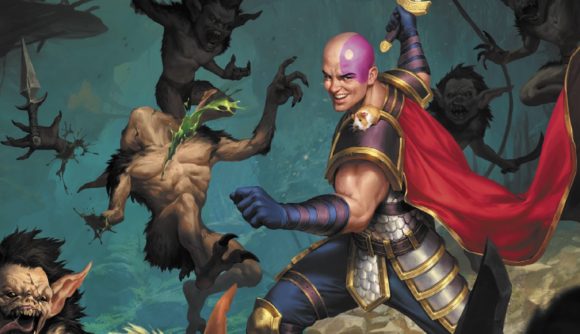 Just two weeks ahead of the release of its Fizban’s Treasury of Dragons sourcebook, D&D publisher Wizards of the Coast has just surprise-dropped a brand new, 156-page Dungeons and Dragons supplement via the DM’s Guild site, titled Minsc and Boo’s Journal of Villainy. It’s available to buy now on DM’s Guild for $15 as a PDF; $35 as a softback book, or $45 as a hardback.

The book is being published for charity, with “all proceeds” benefiting Extra Life, a group that organises sponsored gaming events to raise money for children’s hospitals all over the world. Annotated with childish, hand-written notes by Minsc himself – the eccentric, but fantastically strong and brave Ranger from the classic, late-90s Baldur’s Gate PC games (and his Miniature Giant Space Hamster Boo) – the book is a compendium of places, quest-givers, and flavourful opponents the pair have encountered together.

It leads with chunky ‘Hometown’ sections on four of the Forgotten Realms’ main cities – Athkatla, Baldur’s Gate, Suldanessellar, and Ust Natha – then includes full chapters on Group Patrons, Campaign Villains, Henchmen, and Monsters to be used in your D&D campaigns.

Sprinkled among the content are appearances from the cast of the Baldur’s Gate and Neverwinter Nights PC games; the Fighter/Druid Jaheira is listed as a representative of the Harpers; the party’s Thief Imoen (think Rogue, in D&D 5E) is part of the ‘Shadow Thieves’; and Aribeth de Tylmarande, the tragic Paladin and sometime friend, sometime villain of Neverwinter Nights (2002), is listed among the Henchmen. There’s a lot to dig into here, for fans of the games. 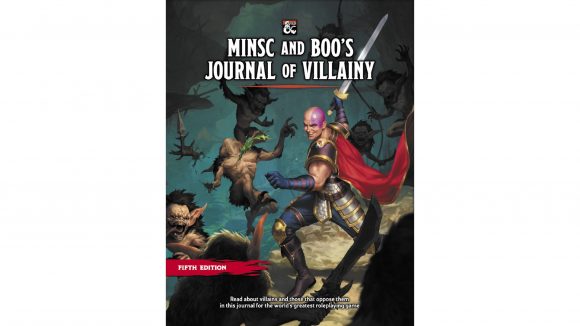 Minsc and Boo featured as party members in Baldur’s Gate (1998) and Baldur’s Gate II: Shadows of Amn (2000), from developer Bioware and publisher Black Isle. The dynamic duo also appeared in their own cards in the recent D&D-themed Magic: The Gathering set, Adventures in the Forgotten Realms.

The next main-line D&D sourcebook, Fizban’s Treasury of Dragons, will be released on October 19, followed by Strixhaven: A Curriculum of Chaos on November 16, and Monsters of the Multiverse in early 2022.